every time i walk back to my apartment, i seem to take a different route. not purposefully. i just happen to be prone to wandering (i refuse to call it getting lost).

oftentimes, i’m so concerned with looking ‘like a new yorker’ that on the outside i appear confident in knowing exactly where i’m going, while on the inside i’m completely panicking as i cross every street. i’m not sure exactly what i’m so worried about. i guess i’m afraid that people will just look at me and know ‘ohh she’s not from here. doesn’t know her way around, totally lost.’ no duh, i’ve only passed you by like three times trying to find my metro stop. i can’t help but feel embarrassed.

this monday, after my first day at the Met, I met up with one of my friends from Vanderbilt, Sophia (who is probably secretly reading this post right now). Catching up with Sophia is like the best of the best girl talk. We met up at a trendy tapas bar, Boqueria (Sophia’s pick of course) and talked about all things fashion, boys, and life in general. Between our chatterings and sips of sangria, we dined on a relatively healthy array of a crab salad served with a basil sorbet (very refreshing and tasty!)

as well as a green salad (which could have been a meal in itself), sauteed spinach and garbanzo beans, baby squid (with more frisee salad) and shrimp cooked in garlic oil. like typical former Vandy girls, we forgot to order any carbs and were quick to order some more bread with our shrimp. pronto!

the highlight to me was the dessert, torrija y helad, which i can only describe as a crispy, buttery bread pudding topped with a scoop of yogurt ice cream and drizzled with caramel sauce. yum! the atmosphere of the restaurant was intimate but constantly lively with the bustling of small tables in animated conversation. it was a great pick-me-up to what had been a very exhausting day.

on my way back home, yes, i took yet another detour. but instead of panicking or feeling embarrassed, i took a deep breath and remembered something sophia had said during dinner, ‘i stopped feeling embarrassed in new york a LONG time ago.’ so i forgot my ego and really took the time to look around at my surroundings. as i paced down third avenue, i stopped to look at all the people and the buildings lit up in the new york night and realized… this place is stressful. it’s crowded, dirty and gives me an inferiority complex to the extreme. but when i stop trying so hard to fit in, i also realized that new york can sometimes be utterly and completely, enchanting. and these days, unbearably hot. 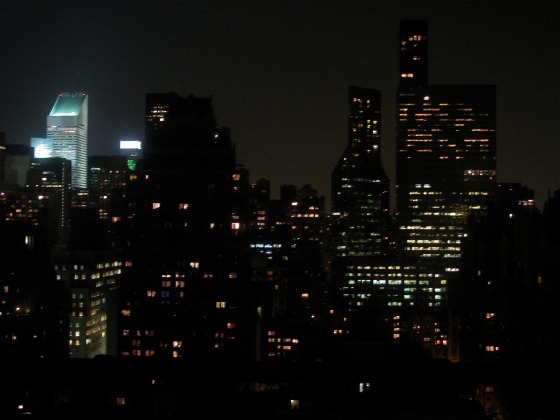 2 thoughts on “wandering about”