I rarely talk about my work on this blog which is a shame as I really do adore where I work and what I do. I suppose most of the time I think it would bore people which, to be honest, it probably would. At certain times, however, I can’t help but contain my excitement about something new happening at the Met!

This past Thursday was the press preview for the new American Painting Galleries (which opens to the public, Monday January 16!). It’s really such a classic space, with natural wood floors and open sky lights– very American indeed. The paintings, however, are really what glow. Iconic ones like Washington Crossing the Delaware by Emauel Leutze (above) as well as works by other American artists such as Mary Cassatt, Thomas Eakins and… 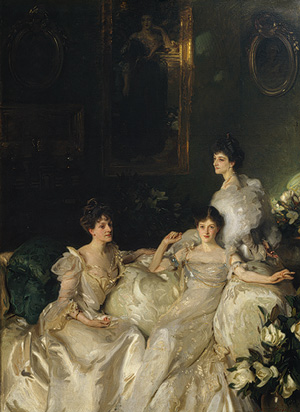 this absolutely beautiful painting by John Singer Sargent. Reminds me of my favorite show, Downton Abbey. In fact, the makeup artist of the show said that she was greatly influenced by Sargent paintings… I like to think this one in particular.

The New York Times has even posted this interactive tour of the galleries which gives you an amazingly realistic sense of walking through the space. I’d really recommend you check it out… as your duty as an American.

Now, when I think of America one of the foods I think of is macaroni and cheese. And when I think of macaroni and cheese, I immediately think of Thomas Jefferson. Although the dish most likely existed centuries before in Italy, he can certainly be credited for popularizing the dish in America. In fact, “Thomas Jefferson is known to have had a pasta maker as early as 1793 and to have served a macaroni pie at the White House in 1802.” Are you thinking what I’m thinking… what is a MACARONI PIE and where can I get some?

Below is a recipe for stovetop mac & cheese, you know, like the kind that comes in the blue box (only much better). I remember my mom used to slice hotdogs into our mac & cheese when we were younger… I thought she was a genius. 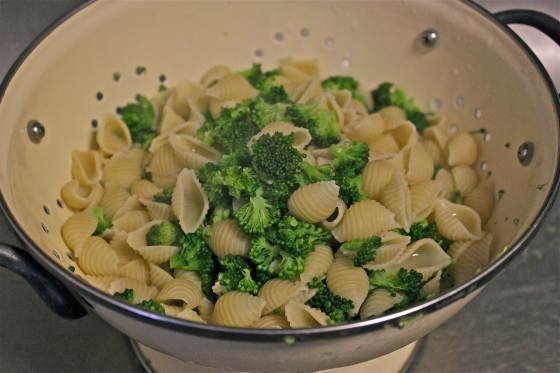 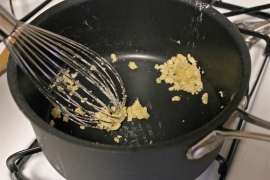 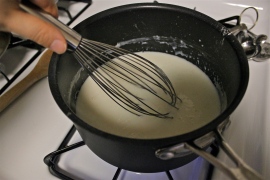 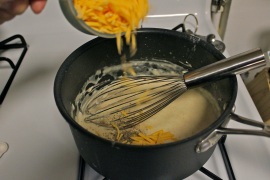 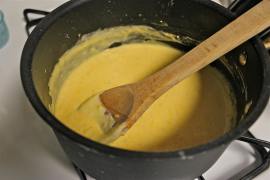 This version has been lightened up a bit and incorporates broccoli, but still remains very classic, very American, and of course very delicious. 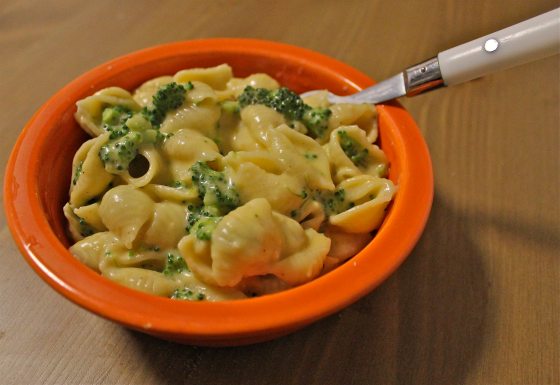 (1)  Bring a large pot of salted water to a boil. Cook pasta according to package directions for al dente (or slightly under cook 2 minutes). In the last 1 minute of cooking the pasta, add the broccoli. Drain in a colander once done.
(2)  While the pasta is boiling, melt the butter in a large heavy skillet. Add onion and cook over low heat about 2 minutes until the onions are translucent.
(3)  Whisk in flour and cook another minute, or until the flour is golden and well combined.
(4)  Whisk in the milk, vegetable broth and Dijon mustard, raising heat to medium-high until it comes to a bubble.
(5)  Cook about 5 minutes or until the sauce becomes smooth and thick. Season with salt, pepper, and cayenne pepper.
(6)  Once the sauce is thick, turn heat to low, add cheese and mix well until cheese is melted.
(7)  Add cooked macaroni and broccoli and mix well. 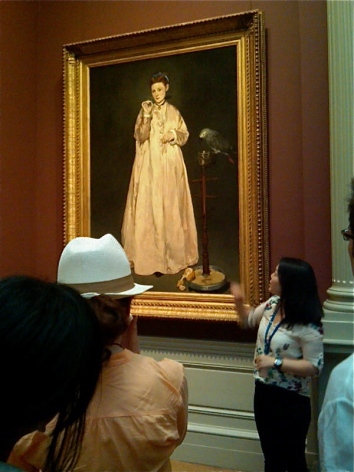 here are some pictures from my final tour at the Met (Art through the Five Senses). my supervisor and one of the associates i work with came along and were busy snapping away photos like the proud Met parents they are. how embarrassing. 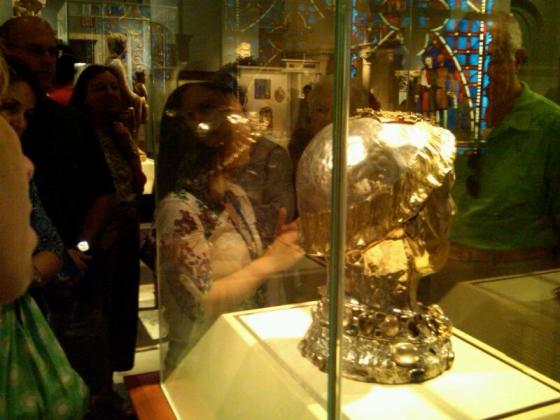 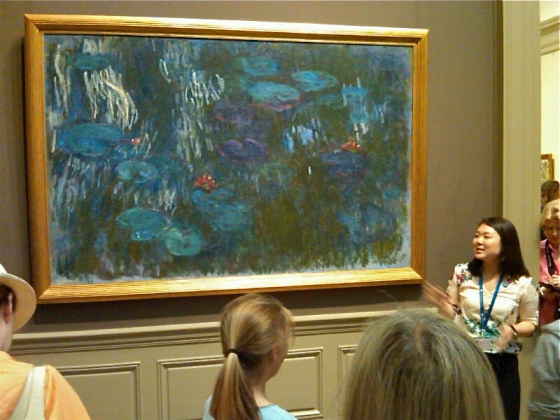 not to sound all sappy, but this summer’s been pretty great. having an experience such as this internship has not only motivated me professionally but personally as i have realized how much of a blessing my friends and family have truly been. being so far away from all that is familiar, it makes such a difference to know that you are loved and cared for. i also feel so lucky to have been part of such a remarkable group of interns, most of whom have challenged and inspired me more than they will ever know.

as the last week of my internship comes to a close, i’m excited to take a 3 week vacation back home to georgia where i plan to veg-out and visit my peeps in the boro/nashville. but i’m also anticipating my return to nyc, to see the Met change under fall colors and to find out all that my new role at the museum entails… 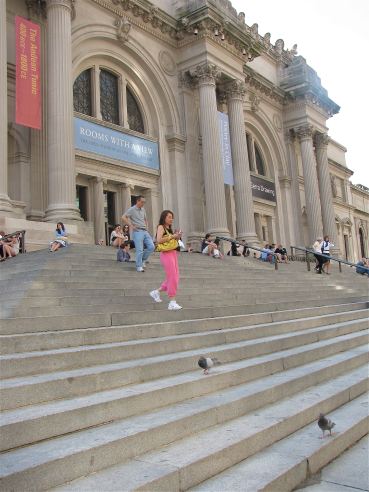 i don’t think i could ever get sick of walking up these steps.

every weekday (and some weekends) i wake up, take the 4 or 5 line to 86 St then walk across to 5th avenue. and every morning, i seem to be even more exhausted and drained than the last. but when your walk to work includes seeing lines of people patiently awaiting hours before the museum even opens, it perks you up better than a shot of espresso.

my internship at the Met has been both physically and mentally challenging, yet completely rewarding. within the first two weeks, we met with curators and educators of every department from Art of the Ancient Near East to Modern and Contemporary Art. it was unbelievable meeting and hearing from the best of the best in each specific field. i found myself learning so much about topics that i never thought i would have interest in. (if you ever want to learn about slit gongs from oceania, hit me up).

in addition, each intern is responsible for designing two guided tours to the public. the first incorporates the “highlights” or most well known works at the Met. out of a list of 115 or so items, each intern picks 6-8 works with a theme linking them all together (mine is “the working woman found in art”). 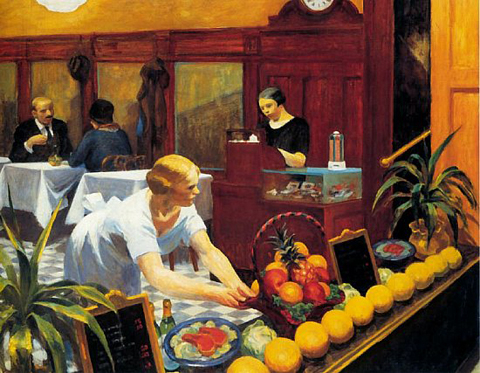 the other tour is an open-ended special topics tour in which any works can be chosen to develop a very specialized tour of our own interests (mine is entitled “European Art through the Five Senses”). 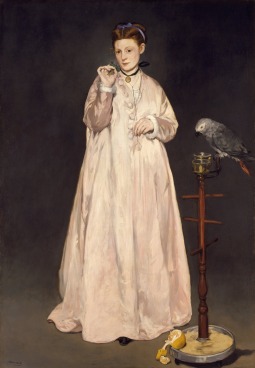 i found this process to be at first daunting, and now utterly empowering. i appreciate that the Met doesn’t spoonfeed us a list of “top hits” that must be included in every tour, but instead gives us the leeway to design very personal, individualized tours. every tour you get at the Met will be completely different from the next because it has been carefully tailored by that tour guide through hours (and hours) of thought, consideration, and immense research.

some of my best moments at the Met so far have been:

so if you ever find yourself at the Met this summer, let me know. you will find yourself on a tour with me around the museum, whether you’re willing or not. 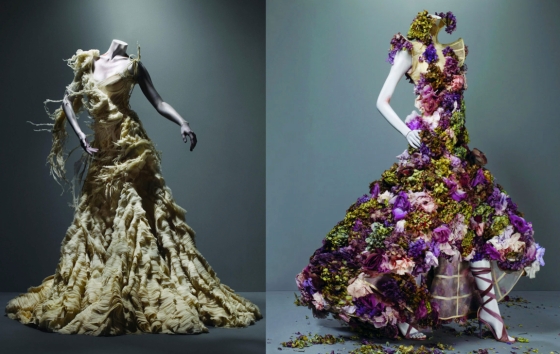 “There’s no way back for me now. I am going to take you on journeys you’ve never dreamed were possible.” Alexander McQueen 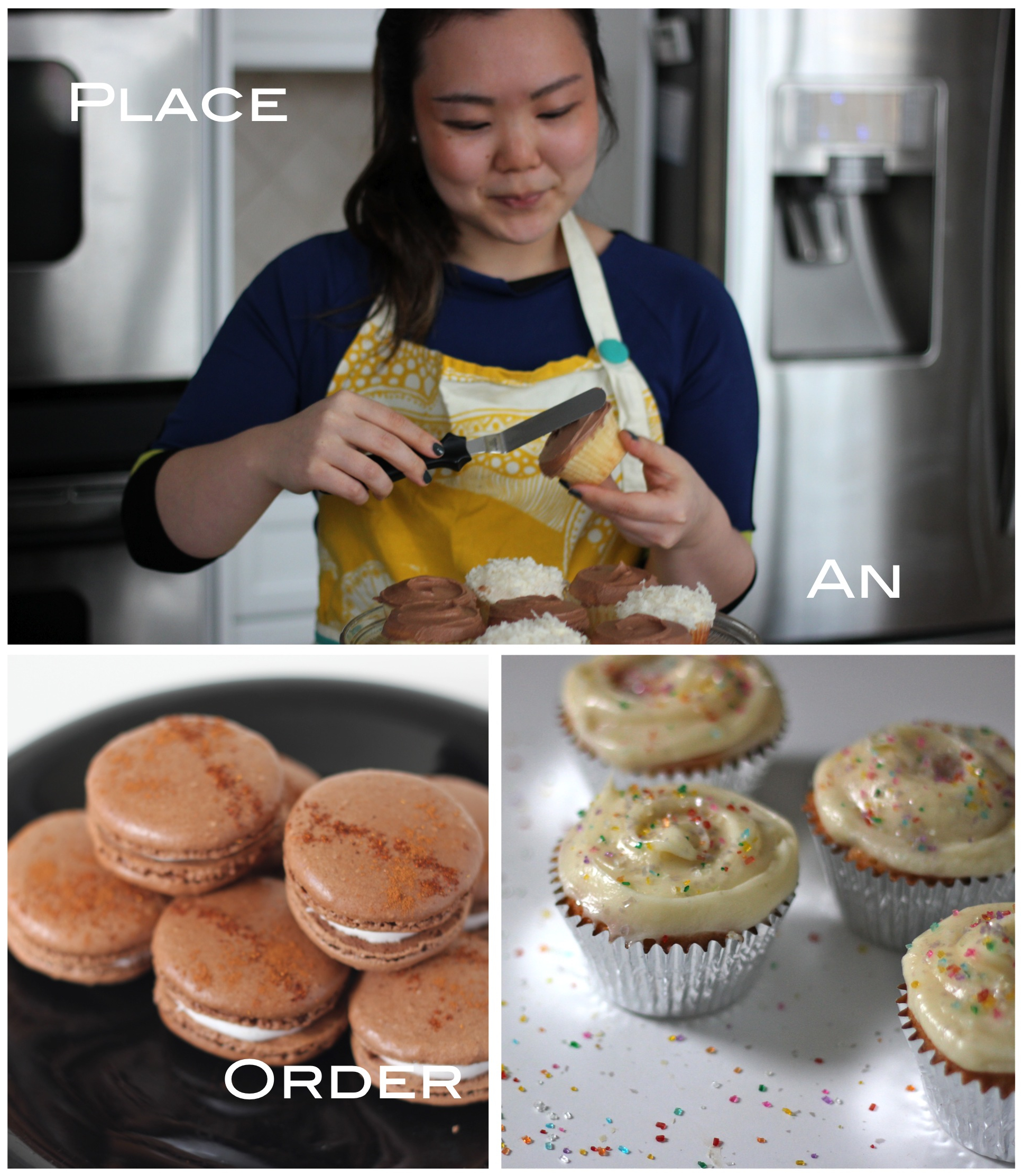